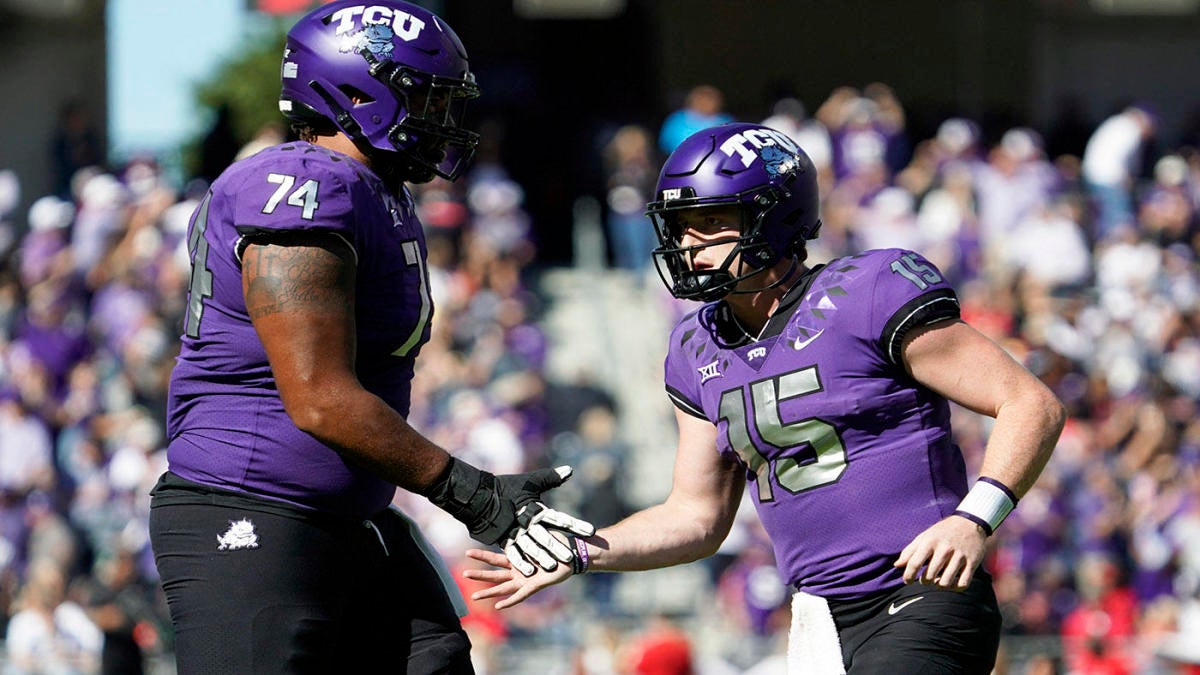 After Week 10 motion that featured three top-10 groups all dropping on the identical day, the up to date faculty soccer rankings have been destined to see some notable modifications. Within the Coaches Ballot, the place all three of these top-10 groups began the weekend within the high six, the modifications embrace drops for Tennessee and Clemson but in addition a return to the highest 25 for Notre Dame.

Georgia remained No. 1 and solely strengthened its place on the high, incomes 61 first-place votes with Ohio State hanging tight at No. 2 however amassing zero first-place votes. Michigan, up one spot to No. 3, bought two first-place votes. The Bulldogs noticed a rise in first-place votes after defeating Tennessee by two touchdowns, and the loss noticed the Vols fall from No. 3 to No. 5 within the eyes of the coaches. TCU was capable of capitalize on the shakeup on the high, transferring up three spots to crack the highest 5 at No. 4 after it improved to 9-0 with a win towards Texas Tech.

Clemson additionally took its first lack of the season in a street spot, however by a bigger margin (35-14) and to a staff in Notre Dame that was not ranked final week and did not even seem on a majority of the Coaches Ballot ballots. The Combating Irish have been thirty third in voting factors final week with simply 11 factors, however after beating Clemson to enhance to 6-3, the coaches have moved Marcus Freeman’s staff again into the highest 25 at No. 25 whereas the Tigers dropped seven spots to No. 12.

Elsewhere, there was the anticipated transfer up for LSU after its time beyond regulation win towards Alabama, transferring up from No. 17 to No. 8, in addition to a drop for the Crimson Tide from No. 6 to No. 11. The most important leap in your complete Coaches Ballot comes from Texas, which moved up 10 spots from outdoors the highest 25 to land at No. 18 after a win at Kansas State.

Take a look at the complete high 25, as voted on by the 63 FBS coaches who make up the Coaches Ballot. First-place votes are in parenthesis.