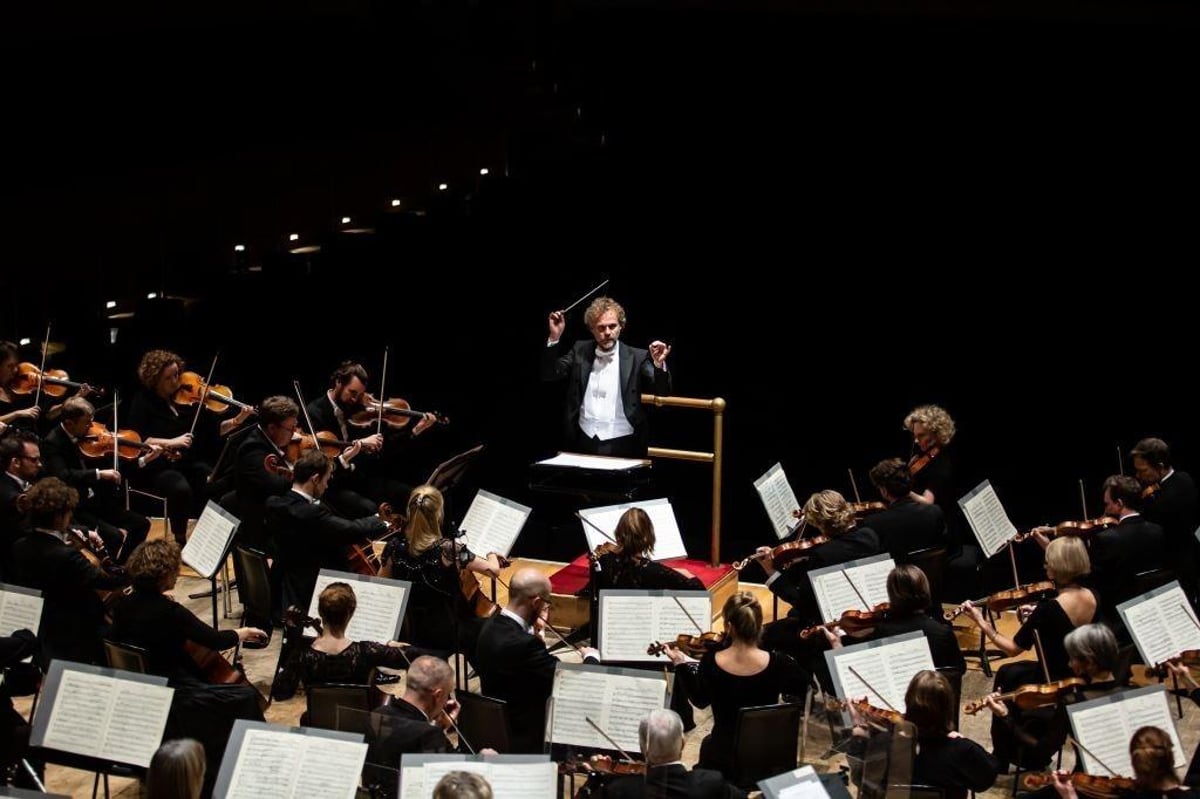 Time was when an outing for Britten’s highly effective pacifist Conflict Requiem could be a uncommon and particular occasion – hardly shocking, with the gargantuan forces it calls for. Now, nonetheless, the piece appears to have one thing of an everyday Remembrance slot within the musical 12 months. Uncommon it might not be, however there was no doubting that Thomas Søndergård’s Conflict Requiem with the RSNO was particular, above all in its shifting steadiness between vivid, highly effective enjoying and an eloquent supply of the work’s texts from the Latin Requiem mass and the First World Conflict poetry of Wilfred Owen.

Søndergård drove the primary orchestra laborious, with brisk tempos and switchbacks although beautifully managed swerves in temper, even when there might maybe have been a bit extra snarl to the piece’s angrier music. His 12-piece chamber orchestra – drawn primarily from RSNO principals – was on one other stage completely, supplying bitingly dramatic backdrops for Owen’s verse from the 2 male singers.

Tenor Stuart Jackson wasn’t feeling his finest, we’d been warned, and although his supply was understandably on the quiet facet, it was crystal clear and delivered with bracing conviction, particularly shifting within the tearful closing “Unusual Assembly”. His baritone counterpart Benjamin Appl had a gorgeously golden tone however one which assorted little from poem to poem, although soprano Susanne Bernhard delivered Britten’s declamatory strains thrillingly from throughout the orchestra. The RSNO Refrain didn’t all the time appear completely relaxed in Britten’s gnarly choral writing and have been generally disappointingly hushed in consequence.

However the RSNO Youth Refrain – singing offstage from the hall behind the costume circle, joined by chamber organist Mark Hindley – offered a splendidly otherworldly, distant commentary on the bloody carnage being described on stage, with a successful mixture of richness and purity. A memorable and – sure – particular efficiency.