When is the 2023 Tanner Present of Music live performance? 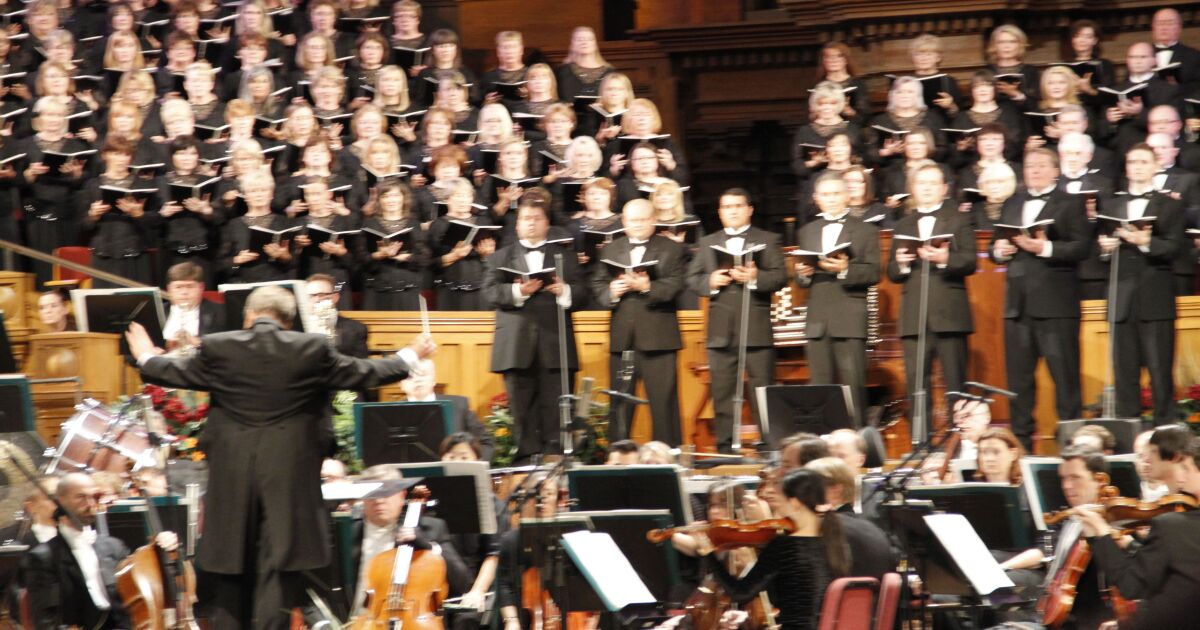 The Tabernacle Choir at Temple Sq. and the Utah Symphony will current Felix Mendelssohn’s oratorio “Elijah” for this yr’s O.C. Tanner Present of Music live performance.

Thierry Fischer will conduct the Tabernacle Choir and Utah Symphony in his last Present of Music efficiency as he completes his tenure with the symphony on the finish of the season.

The choir and symphony can be joined by soloists Susanna Phillips, soprano; Sasha Cooke, alto; Matthew Polenzani, tenor; and Kyle Ketelsen, bass. All 4 of them have beforehand carried out with the choir, symphony or each. A boy soprano from the Cathedral of the Madeleine Choir Faculty may also carry out.

Ketelsen carried out George Frideric Handel’s “Messiah” in 2014 and Cooke was considered one of 4 Metropolitan Opera soloists who carried out the “Messiah” with the choir for Easter 2016.

“I’m extremely honored to conduct The Tabernacle Choir and Utah Symphony another time earlier than the top of my tenure as music director. Main these two premiere ensembles in these performances of ‘Elijah’ is without doubt one of the capstones of my time right here in Salt Lake Metropolis. I’m so grateful to the O.C. Tanner Present of Music for enabling each the performers and our audiences to expertise this monumental work,” Fischer stated within the announcement.

“Elijah” was beforehand carried out on the Present of Music live performance collection in 1987 and was directed by Jerold Ottley. Mendelssohn composed the oratorio in 1846 and revised it 1847 and was the final of the German composer’s works to be premiered in his lifetime.

The concert events had been the thought of neighbors Obert C. Tanner, businessman and philanthropist, and President Gordon B. Hinckley, then an Apostle and later President of The Church of Jesus Christ of Latter-day Saints to assist encourage unity among the many neighborhood. The concert events are funded by an endowment from Obert C. and Grace Tanner.

1998: “An Atlantic Bridge” with The King’s Singers

2005: “A Celtic Celebration” with Ronan Tynan and the band Leahy

2008: “An American Songbook” with Denyce Graves and Brian Stokes Mitchell

2016: Mahler’s Symphony no. 8 (hearken to it on the thetabernaclechoir.org)